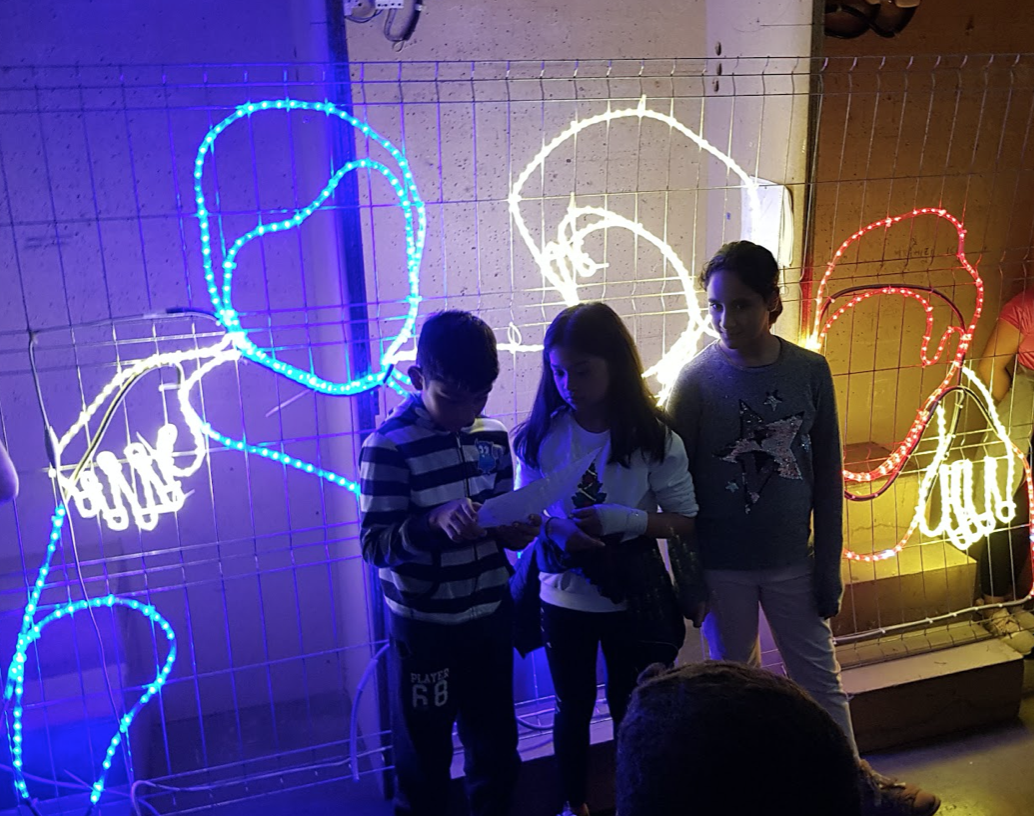 The project focused on co-designing an Augmented Reality app for the project #RavalKM0 (Foundation Tot Raval) with the community in the neighbourhood El Raval, Barcelona. For this project, the residents of the neighbourhood were involved in different phases of the design process.

The objective of the first part was to understand the perspective of the neighbourhood from children’s perspective and to give them a voice in the design of the app. For this reason, the project began with 24 students (9-10y) from the Escola Castella. The students went through the different phases of co-design process, starting with the investigation of the project requirements (e.g. visits to the lighting production Impulsem, interviews with participating neighbours, etc.), the ideation and prototyping of the interactive experience and a physical exploration of the AR app in the streets of El Raval. Starting from the first design proposals of the students, we carried out a second part with 8 families from the El Raval community. The objective was to complement the design ideas for the app also from the perspective of the parents. This process helped establish new links and knowledge among project participants living in El Raval. On the other hand, the project trained students and families in STEAM competences and promoted another way of reflecting on the diversity and cultural aspects of the residents who reside in the neighborhood.

TV Channel Betevé presented a report of the project #Ravalkm0 (see video below, in Catalan).